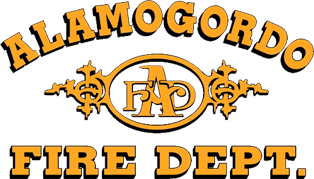 The Alamogordo Fire Department has established a program for the annual inspection of all occupancies of commercial buildings for compliance with the fire regulations regarding the frequency, priority and type of inspection of occupancies in commercial buildings subject to the availability of staff. This applies to all areas where the Alamogordo Fire Department (AFD), is the Authority having Jurisdiction.

The United States continues to have fire death rates that are higher in absolute numbers in comparison to other industrialized nations. In the latest reporting period, 2004 to 2013, fire deaths averaged over 3,000 annually. The estimated value of property destroyed in fires in 2013 was $11.5 billion, more than losses from all natural disasters combined floods, hurricanes, tornadoes, earthquakes, etc. The City of Alamogordo’s experience mirrors national statistics which show that more than one quarter of businesses having a major fire do not successfully re-open, creating indirect economic damage to suppliers, employees and customers.

One factor contributing to this record is believed to be comparatively less emphasis on fire prevention than other programs in the fire service. At the same time, national studies have found that fire frequency rates appear to be substantially lower in cities that inspect all or nearly all commercial buildings annually. In fact, rates of fires with at least $5,000 in losses were more than twice as high for cities not inspecting most buildings annually.

It is the purpose of this program to establish a uniform and systematic program for the inspection of buildings and occupancies by fire company personnel. The intent of such inspections is to locate common fire hazards and initiate action for their abatement.

The Company Fire Inspection Program began in 2001 working with a limited number of fire personnel. Following the initial evaluation of the operational aspects, the company inspection program was implemented in stages until all personnel had received the training and certifications to allow the program to became fully functional.

(a) The initial annual fire inspection and one (1) follow-up inspection shall be free.

Any additional follow-up inspections necessary shall be fined as follows: